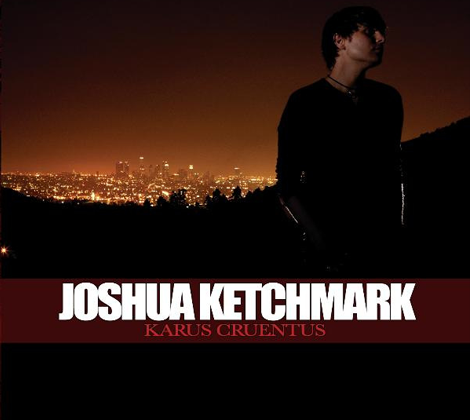 Is it what you want?
Have you come to far to see?
Is it what your not
Try to keep what I can’t be
Will you take the fall?
Your convictions all the same
Will you write it off?
Or give it away

Is it what you are?
Are you holding out on me?
What you whisper of
So near but out of reach
What are you here for?
Has confession lost its faith?
Who were you before?
Slipping away

Should I bleed to deserve you?
Stretch out and breakdown
Should I come kneel before you?
Burn my eyes out for you now
Could only have wished you
Partly missed you
Once my wings, hit the ground

Could I plead to assure you?
Drown out and breakdown
Could I say I’ll adore you?
Cut my heart out for you now
Could only have wished you
Partly missed you, once my wings hit the ground

Should I bleed, bleed before you
Should I come and kneel before you

This feels like hell
Is there anything left-of how you felt
Before this farewell
Tell me for the last time
Leave me this request
To remember you by
I’m lost and bitter
Can’t you consider?
To bury these mistakes
Maybe I’m to late

Give in to me All you have tonight
No one will know, this time
Do you think I need?
A piece of your mind
So we both feel, satisfied
Why save, what’s left to say
It may, be all it takes
And I can’t hold this in

How long.
Before this all just evens out
Please God
Please can’t you hear me out?
C-mon, C-mon, C-mon-
Is it all were needing now
Needing now

Just take your time
Let these secrets lie
You’ll be better off, this time
Barley kept alive
This blind alibi
To obvious, to hide
Why save what just remains
We may as well be safe
Cuz I’ve been wearing thin

Hard rocking songwriter Joshua Ketchmark will release his highly anticipated EP, “Karus Cruentus”, on January 11th, 2011 featuring the impassioned and powerful single, “Absent Savior”. After exploring hard hitting melodies and soulful rock ballads on his acclaimed 2008 full length release, “List of Regrets”, Ketchmark returns with a stripped-down sound that fans of the Los Angeles based artist will appreciate for its raw expressiveness. In an attempt to capture the feeling of his demanding live presence, Joshua explains, “It was important for me to strip away some of the production and focus on the parts that were really essential to the song and nothing else.” Ketchmark collaborated with Andrew Ackland whose credits include the Eagles, Don Henley, and The Bravery to produce the record. The result is a meaningful progression for the passionate Ketchmark that can be heard on each of the 5 tracks on “Karus Cruentus”.

Ketchmark’s soaring vocals and ear-catching guitar licks on his new single, “Absent Savior” demonstrate the artist’s trademark creativity through musical familiarity and the universal themes of guilt, loss, and redemption. The combination of a robust live sound and subtle production elements make this new EP from Joshua Ketchmark one of the most exciting releases of 2011 from a talented artist with the power to breath new life into the rock scene.

“Absent Savior” dropped digitally today and look for the upcoming independent release of “Karus Cruentus” from Joshua Ketchmark out on January 11th, 2011

Joshua Ketchmark will be showcasing his new album, Karus Cruentus, at his record release show on at the main stage at the Key Club on February 16th, 2011 at 10 p.m.

Ketchmark released Karus Cruentus earlier this month, launching 5 new track for his fans on his sophomore release. Is it what you want? Have you come too far to see? Is it what your not? Try to keep what I can’t be…These are the opening lines from ‘Absent Savior,’the first single off KARUS CRUENTUS. They tell all. The EP was co-produced by Andrew Ackland (the Eagles, Don Henley, and The Bravery), the duo took a different approach by recording the majority of the tracks live to 2-inch tape in Burbank, CA. They hoped to capture the magic of Ketchmark’s live show on the recordings.

Rocking the stages of L.A. once again, this time on the main-stage of the Key Club, fans will experience the rockers engaging vocals and sophisticated lyrics, sharing real-life situations and emotions about love and loss. Ketchmark’s provocative music will grasp fans with a live concert experience at his release show, celebrating the rock star’s new album and countless music projects to come.