So Here We Are

Getting to know me

for taking the time to get to know a little bit more about me.

Am I the best-kept secret in rock and roll? I don’t really think that’s true. The whisper in the hall; maybe kind of like that band everyone said was so cool before they became famous. I can’t say any of that best describes me. But what I can tell you is I feel pretty fortunate to live the life I live. With that said, I will tell you I’ve never liked Star Wars: The Phantom Menace until one afternoon Melissa Etheridge put it on and sat down next to me. I can say I think it’s cool that I’ve recorded and worked with some of the same players, engineers and producers who have also worked with Elvis Costello, Don Henley & Ryan Adams, or even that Gene Simmons still owes me six bucks. Coming from a small town outside of Peoria, Illinois, it’s all something that my little boys mind could have never imagined and that’s pretty cool. Or at the very least, it all makes for a good story. So settle in for a sec, ‘cause I’m about to tell ya one.

I grew up in a small town surrounded by cornfields about two and half hours south of Chicago. I attended Catholic school until sixth grade, then public school after that until I graduated from high school. My earliest musical influences consisted of whatever I could soak up on the airwaves and right around that time I discovered my parents record collection: hello Queen and The Beatles! A family friend gave me a cassette of Prince’s Purple Rain one year for my birthday. Mellencamp, Tom Petty and the Heartbreakers, the list is endless.

I found my mother’s acoustic one day tucked in the back of the downstairs closet and claimed it as my own. I started learning riffs, then writing songs, which led to garage jam sessions, and on to basement rehearsals. I played a couple of local shows in the area, even won a battle of the bands and got some free studio time out of it. Where the songs are from that recording session today, is anyone’s guess.  After high school I moved to Nashville Tennessee and called it home for a handful of years; writing songs, tracking demos, and playing local clubs. I started to get the feeling it was time to move on, and that’s when California came calling. I’d already been kicking around Los Angeles a couple times a year at that point. Could you call it fate, luck or maybe it was something entirely different? At this point, we don’t know.

But when I heard an LA based band needed a new rhythm guitar player, they didn’t have to ask twice. Six months of traveling back and forth from Nashville to Hollywood for recording sessions and showcasing was a great opportunity to see some of the country and get my feet wet in LA. With everything lining up and looking like this could take off at any second, I made the move. But after leaving Tennessee behind I never could have predicted that in just six short months, it would all be over.

I spent the next year couch surfing, jamming with friends in a downtown LA storage unit and picking up work where and when I could. Then one day unexpectedly, I was asked to go into Oceanway with Jack Joseph Puig and help out with the band he was recording. It was the first of many sink or swim moments I would come to find. After that day, similar opportunities filled up the next 2½ years. To name a few, I’ve been lucky enough to work with Fuel, Jonny Lang, Melissa Etheridge, and producers like Michael Beinhorn, Rob Cavallo and Julian Raymond.

I’ve had a front row seat seeing how major label records are made, learning the tricks of the trade from professionals at the top of their game, watching them take inspiration and turn it into reality.I was in! I said yes to everything and anything, driving keyboards to the Four Seasons in Vegas at midnight for Michael Jackson’s music director, working rehearsals for KISS, even cleaning out Pat Benatar’s garage—staying involved with music in one aspect or another was all I wanted to do. I was living out a childhood dream.

Around this time I was still writing songs and finding my voice when a close friend asked if I’d ever thought of doing a solo album. That got my wheels spinning. In my mind, I didn’t want to be a “solo artist,” but I thought it was a great idea to have something to showcase my songwriting, and have to hand to a band before an audition. So I reached out to some studio friends, got together some of my favorite songs and got to work. The process was definitely a fly-by-night operation. Whatever studio in town that had a last minute cancelation, or open day, we snuck in. I would be carrying guitars in past Buckcherry mixing or Paris Hilton. But finally after fours years and many revisions later, I had my first solo record consisting of eleven songs, my debut List of Regrets. We shot a video for the song Everything at the Roxy Theatre on Sunset Blvd., which was the first time I was recognized as a solo artist, and now that the record was out it seemed there was no going back.

Early on, it generated some label interest and a fair amount of press. It seemed once again the stars were aligning. Like my previous band, those stars fell fast and it was short lived. This time, not due to any outside factors, I was gun shy about having someone to answer to, and all I could see was history repeating itself.

Over the years in LA I got to work with producers and engineers with endless credit lists and accomplishments. I went from playing in small clubs to going back to headline the Roxy Theatre. When I started out with all of this, I would of never thought they would let me on that stage. It was a full circle moment for me.

Always torn, I still split my time between Nashville and LA regardless of where I’ve called home. I’ve had the opportunity to record and write in both places and have always stayed busy in one way or another.

Not long after I walked off the stage at the Roxy, I found myself once again back in Nashville. This time I put the experience I’ve gained to use for other artists. My studio, Black Gold Speakeasy in Nashville, is where I hang my hat these days and it’s where the magic happens—it’s a refreshing change of pace to help other artists turn their inspiration into a reality. Since being in Nashville my second time around, I’ve once again gotten to work with so many inspiring players at some legendary studios in town. I’ve played in states I never thought I would have had the chance to see, and hell, I’ve even written on Music Row.

I feel as though I’ve found a good balance these days, or maybe it found me? I still write and record records for myself—the solo artist side of me gets a bit cranky if I neglect it for too long. I have also found a real sense of satisfaction in helping other artists make their records. Still, I fly under the radar. It’s a blessing and a curse. None-the-less it’s gotten me here and I wouldn’t change a thing.

I wouldn’t change a thing. 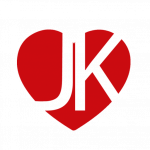 My Dirty Life and Times

after 14 years of being a solo artist, there is nothing that I regret. Well, maybe one thing? But go on and judge for yourself if this has the making of a good story. Hopefully, you see it as a life lived; it’s been a long road of twists and turns since pulling my mother’s guitar out of a basement closet, but oh no, this isn’t all she wrote—I could go on and on—if I didn’t already feel like I’ve taken up enough of your time. This is just the end of one chapter and the beginning of a new chapter. You’ll be hearing from me sooner than you think.